View a diet as a way of eating for life or as a way to lose weight: either way, you could be about to make a shift in the way you shop for and eat food. There is always planning involved in the running of a kitchen, however small.

Few people can leave their food budgets wide open to eat whatever they want whenever they want it. Exploring the possibility of a particular method, however, could require extensive reading and more planning than you are used to. 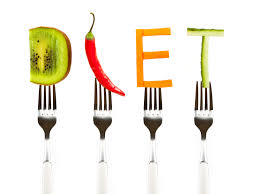 Each of the following programs actually finds its roots in an earlier era, but they have been embraced by a modern audience of consumers hungry for better health. In this current climate of high obesity rates and with Type 2 Diabetes rampant, evaluating eating styles is more important than ever.

Each of the following styles is popular with large groups of North Americans or, one might argue, with groups of large Americans: Paleo, Atkins, Anabolic, and high protein diets. These are just some of the many but are possibly the best programs for long-term use as compared with a lemon juice diet, for example, which is punishing but helps people lose lots of weight quickly.

All of the styles above share at least one thing in common: a low-carb profile. They are designed around the idea that carbohydrates the way Westerners think of them are generally bad but to different extremes. Of all the diets here, the anabolic is least known, but its target audience is not an overweight community as much as a fitness-oriented group.

The Anabolic Diet isn’t for everyone. The plan intimidates many people because of the complexity involved in following it properly. Consumers cycle carbs and proteins, so they don’t avoid carbs entirely, although you should not picture carb-heavy days as featuring a lot of bread and cereal. Emphasis is still on healthy foods like oats and quinoa. Consumers who use this method are trying to gain muscle weight and lose fat; shape their bodies in a very particular way. They generally gain muscle and have more energy without feeling hungry, and there’s plenty of healthy fat to encourage strength and mental focus. Here are some reviews of anabolic cooking.

This is popular with allergy sufferers. It isn’t vegetarian so vegans will not appreciate this way of eating. The high protein nature of a Paleo diet accompanied by lots of plants is said to be derived from the hunter-gatherer way of living during prehistoric times. The premise is that prehistoric people did not plant and sow grains; they were nomadic, eating only what was already growing in an area or what they killed. Even if you prefer a more modern way of looking at food consumption, arguing that we shouldn’t eschew advancements in later millennia and more recent centuries, there is a certain appeal to this way of eating. People with diabetes find the glycemic content to be very low and find that following this method isn’t just good for weight loss; it helps them to balance blood sugar.

While the other two diets are controversial, this one might have been subject to the most tongue-wagging of all three owing to rumors about Atkins’ weight at the time he died. Reports suggested that he was overweight, but the truth shows that he was, in fact, fit and relatively healthy for someone with a heart condition. This condition was not dietary but caused by other factors and he probably did not eat Atkins meal replacements either. They don’t do the founder’s reputation much good as they are loaded with sugar.

The Atkins Diet removes many foods from the menu for the first phase; foods like potatoes, bread, parsnips, crackers, and oats. During this time, consumers learn to live off of plants that contain more fiber and water plus lean protein. Foods are reintroduced to the menu (or perhaps for the first time depending on how often consumers eat fruits, vegetables, and lean protein) until achieving a new standard which includes some carbs, but in smaller amounts than before. This can be and has been a highly successful way of eating for many people because they don’t feel hungry. The method is complex and high protein methods seem to pose some challenges to a world where processed foods whet appetites, but there are lots of excellent testimonies in favor of all these high protein dietary agendas.

Some people find it hard to eat enough protein on a high protein diet. That’s where supplements can come in handy. But it can be hard to figure out what kind of protein to get.  There are many brands and reviews to choose from. It is a good idea to get something natural. Finding the best natural protein powder for your specific needs will take some research.

Then you have a whole other category of organic supplements.  Anything organic will have the UDSA organic symbol right on the label so you know its been certified. Here is a fantastic article on organic protein.